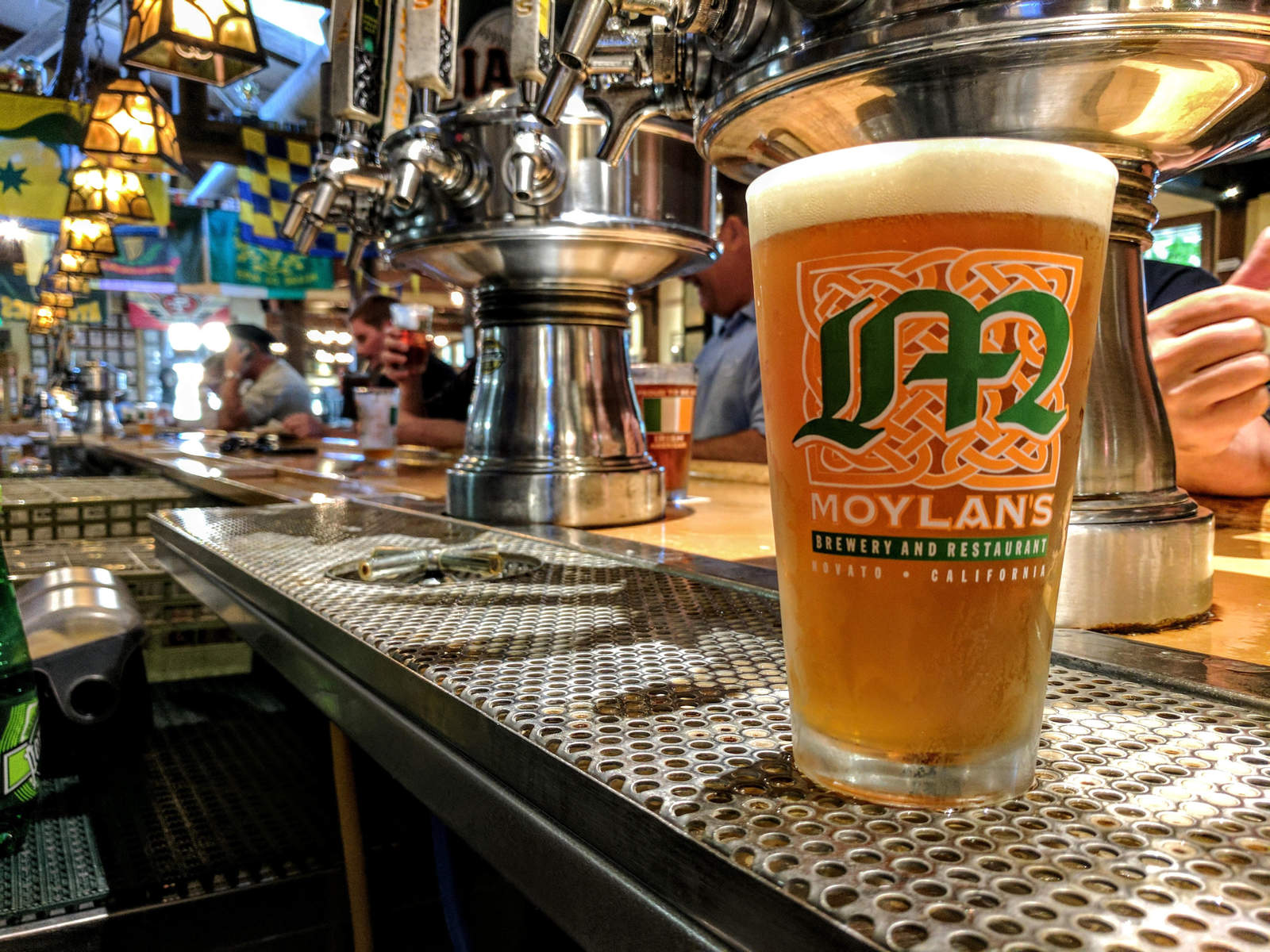 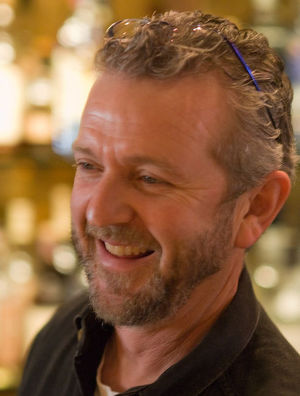 In 1995 Moylan's Brewing Co. opened at Rowland Plaza, bringing Novato into the ranks of other world class brew towns like Portland, Oregon and Seattle, Washington, by claiming the rights to its own microbrewery, thanks to bay area native Brendan Moylan. The 44 year old co-owner of Marin Brewing Company in Larkspur, Brendan brought more than 28 years of brewing experience to Novato, which began with his first home brewing kit one year after college.

“One January I went out and bought the Christmas gift I really wanted: a beer brewing kit, and one thing led to another,” Moylan said. “I got a degree in accounting and decided I didn’t want to go there and started working for a beer importing company, then one day I walked into Buffalo Bill’s Brewery in Hayward and my eyes got big and I knew it was what I wanted to do.”

After taking extension classes on brewing techniques at UC Davis, Moylan became a founding partner in Marin Brewing Company, which opened in April of 1989.

Moylan moved his family from San Francisco to Novato in 1989 because he wanted to raise his two children in the city’s small town atmosphere. In 1991 Moylan decided to expand on his brewing ideas. “My adopted home town was the natural choice for a brewery,” he said. 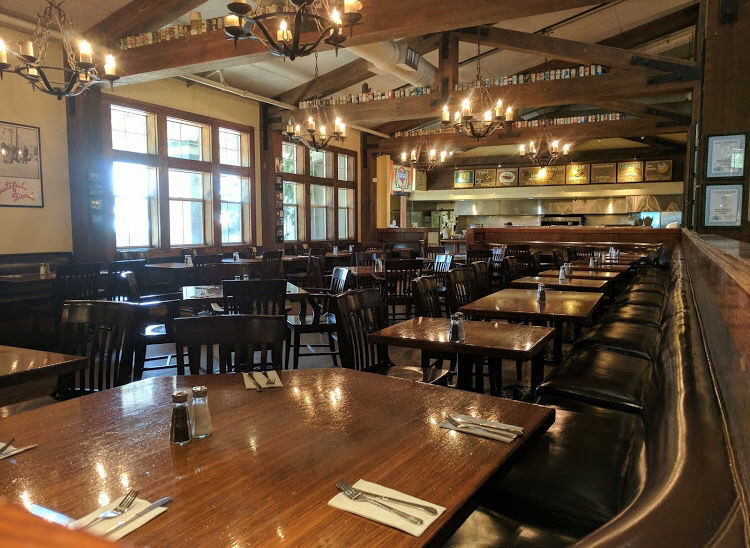 Moylan’s Brewery and Restaurant, Novato’s only brewpub, was a $3.5 million project that has established a strong following among North Marin’s beer connoisseurs. Moylan’s features a 57 foot long bar, a dart room with a fireplace, and a reading library featuring brewing books and magazines from Brendan’s personal collection. By constructing the brewpub in an empty lot from his own vision, Moylan was able to increase efficiency and productivity, while still leaving room for expansion as the establishment’s popularity grow has grown. According to Moylan, the location at Rowland Plaza provides good freeway visibility and helps attract a greater number of customers from the nearby theatre and corporate offices. When Moylan co-founded Marin Brewing Company back in 1989 there were only about a 100 brewpubs across the country. Today, there are more than 2000. 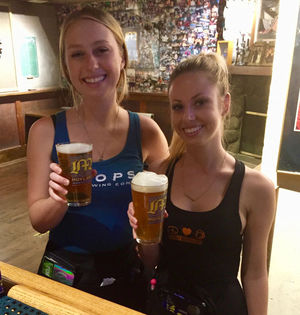 It all seemed to fit, he said. “I decided to go for this spot and build my own building, because I knew I wouldn’t have to second guess myself. I could have put in pool tables and turned it into just a bar, but I preferred it this way, because Moylan’s is more of a family-style gathering place where people feel comfortable. It’s a nice blend of good food and good beer. We are a family restaurant where it’s okay to bring the kids. You can come here to hang out with your friends, or meet new friends. You can play darts, watch some sports, or enjoy our outside beer garden.

“Prohibition in this country ended our brewing tradition,” Moylan explained. “Budweiser and a few others moved in fast and captured many of the larger markets. Now we’re entering into a new phase of beer brewing. I think you’ll see it continue to grow.” In fact the craft brewing market share grew by 7% in 2004. 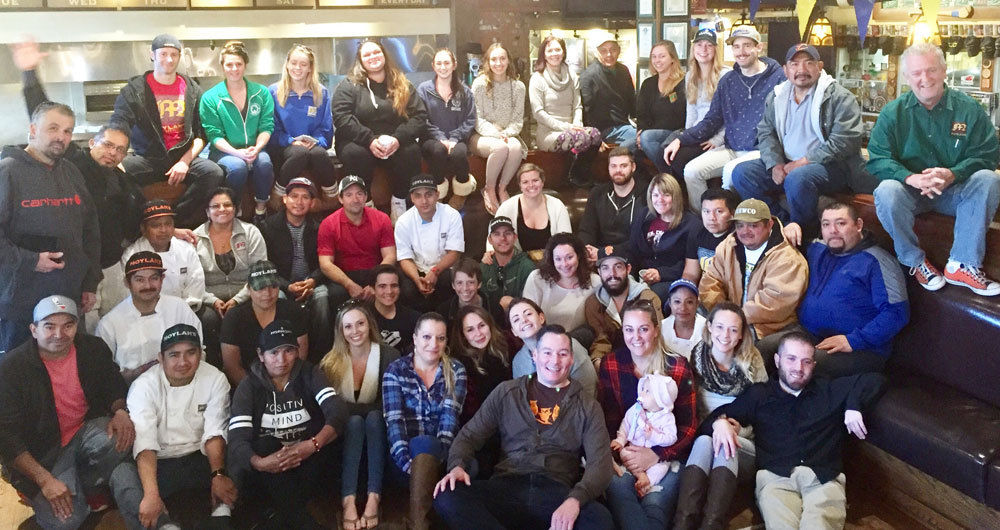 Moylan’s makes many popular beers such as it's Kiltlifter Scotch Ale, India Pale Ale, Tipperary Pale ale, and Ryan O’ Sullivan’s Imperial Stout. Moylan’s packages its fine beers in 22 ounce bottles made right on site in Novato, and distributes them all over California and five other states. Moylan’s beers have won global recognition in the Great American Beer Festival, The California State Fair and the World Beer Cup, the Olympics of brewing held every two years at a different venue. In 2005, Moylan’s introduced its newest bottled product: Hopsickle, Imperial India Pale Ale, the hoppiest beer on earth. 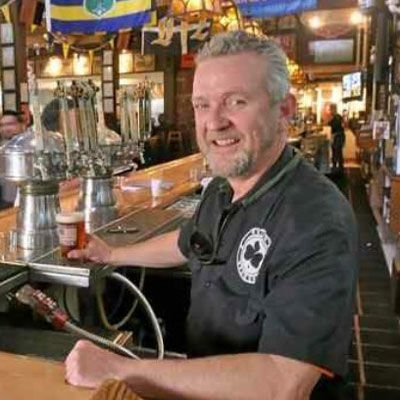 After taking extension classes on brewing techniques at UC Davis, Moylan became a founding partner in Marin Brewing Company, which opened in April of 1989. Moylan moved his family from San Francisco to Novato in 1989 because he wanted to raise his two children in the city’s small town atmosphere. In 1991 Moylan decided to expand on his brewing ideas. “My adopted home town was the natural choice for Moylan's Brewery & Restaurant” he said. 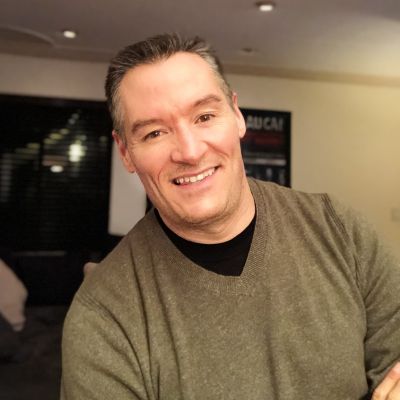 Media inquiries, application requests or general questions for both Moylan's and Marin Brewing Company can be submitted to Christian. (English and Spanish). 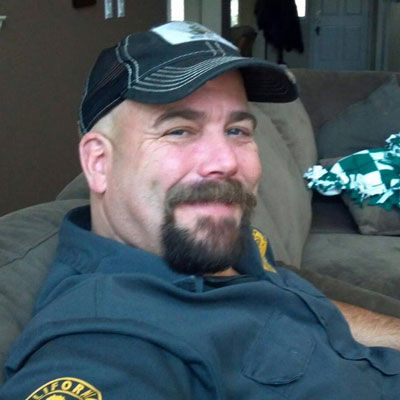 Curtis Cassidy was born in San Francisco and raised in Marin County. He started in the beer business back in 1983, just after graduating from San Marin High School in Novato. He worked his way up to eventually becoming the assistant Sales Manager for a local beverage distributor. After 11 years, Curtis went on to work in San Francisco for a craft beer distributor before being hired on with Moylan's back in 1997 as the Sales Manager. Curtis is married with 3 teenage children. 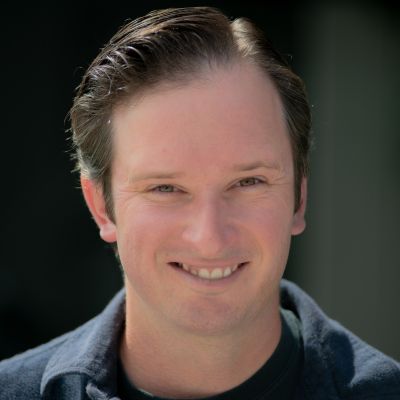 Will Thompson first gained interest in brewing in college after doing a homebrew with friends at the University of Oregon. The marriage of science and culinary art sparked his interest in brewing and led him to dive deeper into homebrewing as a hobby. This eventually led him to pester Arne Johnson of Marin Brewing Co. until he was given a job working under him. Will learned much from his mentor, Arne in the several years he worked at Marin and also met his wife, Kathleen Thompson, who worked her way from hostess to manager at the Marin Brewing Co.
After several years working at Marin Brewing Co., Will decided to gain experience on a much larger scale at Lagunitas Brewing. After working several areas in the brewery there and learning several facets of production, brewing and filtration, it was time to go back to the roots and get more hands-on with the beer being produced. This led to coming back full circle and finding himself back in the Marin/Moylan's family. The time spent at Marin has been highly impactful on his career and life and he is thrilled to continue his passion for great beer and the tight knit brewing community at Moylan's. 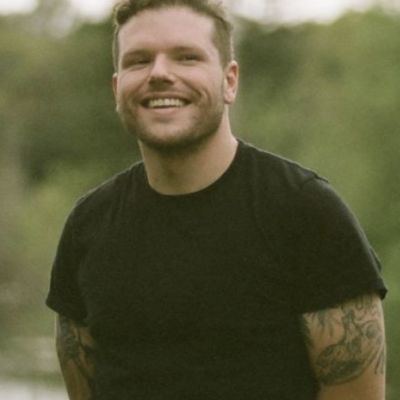 John Brewer has been active in the brewery industry for close to a decade now; whether it be slinging beer behind the counter or making them in the back. His love for the people and culture of the industry knows no bounds.
If he's not drinking his friend's beer he's making beer for his friends!
Cheers to a new beginning!

Check Out Our Other Companies

Check out our full gallery

Subscribe to our email newsletter to recieve Moylan's updates and special offers.